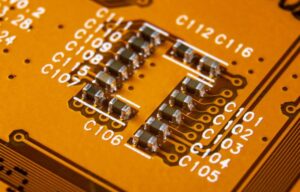 What is trace impedance?

In a printed circuit board, the circuit alignment is done by copper. Copper is the least resistive element other than silver. Unlike resistance, impedance is based on frequency.

All wires and alignments will have at least some impedance to the current flowing from any driver. Often, when signals require fairly fast rise times, alignment impedance is an issue that needs resolving.

The working principle of trace impedance

Each trace has a tiny to almost indistinguishable series inductance distributed along the trace, which is inversely related to the cross-section of the trace. As the signal rise time increases, the effect of the resulting impedance becomes more pronounced.

No effort has been made to design the trace environment to account for this impedance, thus allowing inductance and capacitance to vary as the trace changes. Since synthetic impedance usually has no effect on operation, there is no need to waste time or money designing a way to control it.

Considering the impact that impedance can have, designers can design a board where the alignment looks like a transmission line so that reflections can be avoided by terminating it in its characteristic impedance.

When controlling impedance, one needs to ensure that the impedance is constant at each point on the alignment, rather than varying from point to point as it would in the normal case of uncontrolled impedance. We need to control three characteristics of the circuit structure.

You can change these geometric features and still maintain the controlled impedance, as long as you change the other features as needed so that the relationship between these aspects does not change and the impedance remains the same.

How to Calculate PCB Alignment Impedance

To receive information about impedance boards or to order PCBs for your industry, contact KingPCB today.